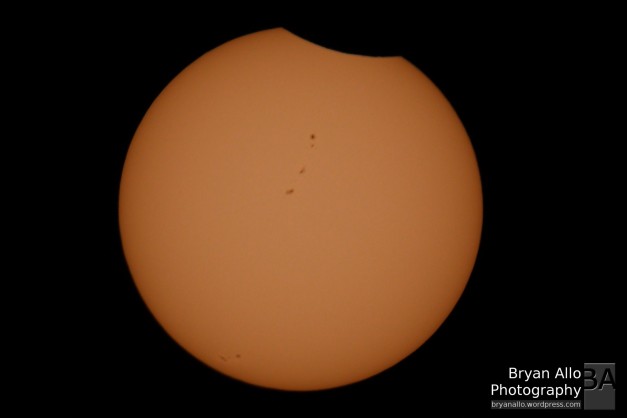 Well as the saying goes, “better late than never”. I did make some kind of effort to capture the solar eclipse a few weeks ago. There was a lot of hype about this eclipse here in the US particularly because it presented an opportunity to many across the country to witness a full solar eclipse. I wasn’t however as motivated or hyped-up as some. I just didn’t think it was worth the hassle this time around considering my work schedule and the travel to an obscure location and deal with the gridlock and traffic jam. This especially considering that there are anywhere from 2 to 5 solar eclipses around the world each year. I simply do not think it is as rare (or special) an occasion as it is made out to be. I would sooner chase the eclipse at a destination that offers interesting and exciting possibilities for photography.

Nonetheless, I did at least take out my gear for the occasion. The view from Sacramento was of a partial eclipse as we were not in the line of the full shadow. I used my Canon 7D Mark II and Canon EF 300mm f/2.8L IS II super telephoto lens. I also used the EF 2X Extender III, albeit begrudgingly. I say this because it softens an otherwise perfect lens but I had no choice given that for solar observation you really need 600mm at a bare minimum. Of course I did not forget to use a solar filter. Originally designed for my telescope, it fits perfectly on my canon lens. I would have liked to setup my Computerized German Equatorial Mount for tracking, time lapse and also use my 1000mm telescope. However I really had more pressing things to get to that morning. So I threw my kit in the truck and headed into my morning commute. I managed to step out of my office a couple times throughout the eclipse to capture a few key shots. Here they are.

Did you capture the eclipse? Did you view it?