If you’ve ever been to Las Vegas, you must already be familiar with how over-the-top everything is. At this point I’ve been to Las Vegas more times than I can count but I still often find myself laughing in disbelief every time I walk the strip – thinking to myself “No way! They actually built this! They really did!”. Much of the Las Vegas strip is the stuff dreams and fantasies are made of. Often times it is a blatant copy of the world’s landmarks like the Eiffel Tower, New York skyline, the Seattle Needle or a modern interpretation of the Egyptian Pyramids you can actually stay in, air conditioned!

One of the latest additions is called the Las Vegas High Roller. It reminds me of the London Eye. It is definitely larger than it seams. As you get closer you begin to really appreciate it’s size and scale. Like most of the Las Vegas strip, an engineering marvel. I timed my visit right at sunset. This is the best time to visit the High Roller, however I’m pretty sure the views would be quite spectacular at all times of day. The wheel takes about 30 minutes to go full circle. It never stops, and moves just slow enough for you to jump into the pod from the platform. It’s a bit of a thrill in itself, then the breathtaking views completely take over.

I wanted to catch magic hour just as we peaked at the top of the wheel. The wheel moved just slow enough to where I was able to quickly setup my shots in rapid succession. I used the 7D Mark II for most of my key shots because it was just fast enough to capture 4-5 HDR bracket panoramic shots in rapid succession to where parallax was almost a non-issue. What a camera system. The 5D Mark III was too slow and was used for just single ultra wide angle shots. This is one of those times I really wished I had the 1Dx. None-the-less I got plenty of great, very detailed shots to work with. Below are some highlights to share the experience with you. Above are two of my favorite shots. They still need much more editing if they are to make it to limited edition print. We’ll see if I can get them up to snuff. 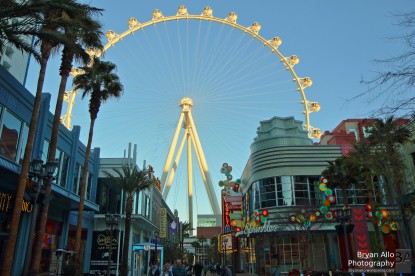 Walking to the High Roller

Yes I was actually there…LOL

Waiting to hop aboard

About to jump in 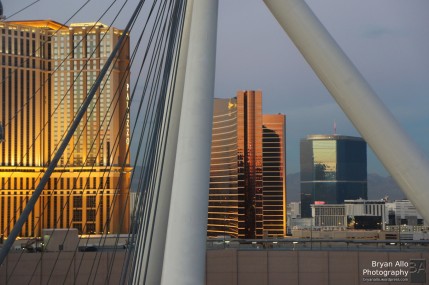 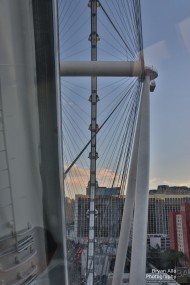 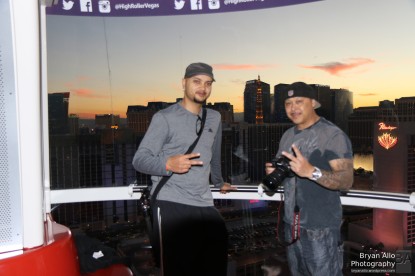 Mr Smith, my personal security detail on this trip. What happens when you give your DSLR to a random stranger? They fumble the shot. 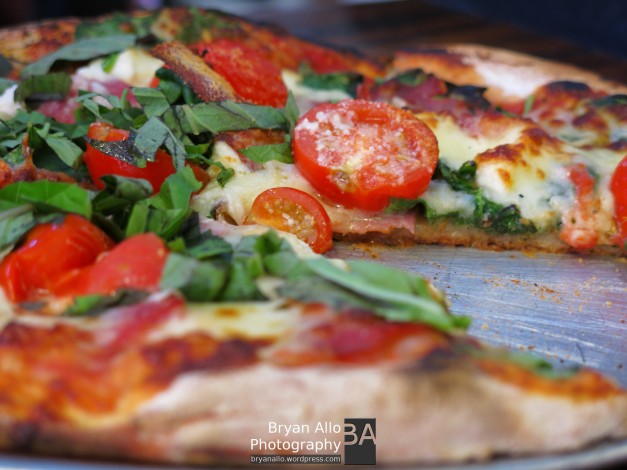 After a few days in Boston asking random people I happened to talk to about which restaurant they felt I absolutely must eat at while in Boston, the consensus seemed to be on Regina Pizzeria in Little Italy. This is a seemingly nondescript corner location, very easy to miss were it not for the constant line of people outside waiting for a table, often stretching around the block. I highly recommend stopping by off-hours. I chose to stop by right after a heavy rain storm. I figured there would be nobody outside waiting in the rain. It was also a late Sunday afternoon. Even then all the tables were occupied, so I made a beeline for the very small bar in the corner. It was Perfect.

The staff were quick, friendly, short and often times entertaining. In an establishment such as this, there are no pretenses. You would do well to know what you want. There is little hand-holding. The menu is simple and if you still can’t make up your mind just order that day’s special. The atmosphere is very relaxed and un-apologetically unpretentious. I ordered a glass of red wine with my pizza and the bartender immediately informed me the wine was freshly squeezed from the mop that morning…LOL!!! My kind of joint! The selection was mostly from the California North Coast so I figured it was it can’t be that bad. I could be biased though. 🙂

I had some great conversation with the staff and other traveling patrons who stopped by for a slice of Boston’s finest. The pizza here is some of the best tasting I have had. It is that good. It has a certain warmth that comforts and makes you feel like everything will be okay. I can now see why Bostonians recommend this joint. Here are a few highlights: 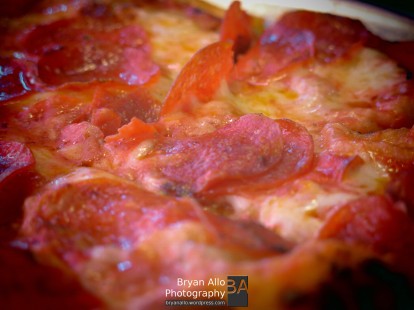 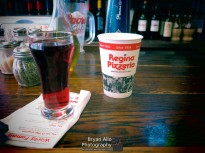 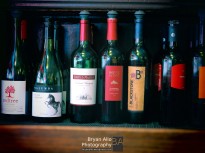 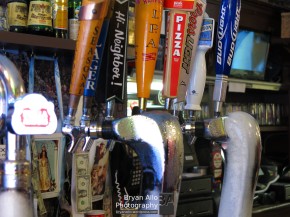 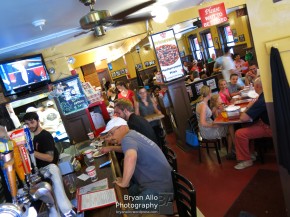 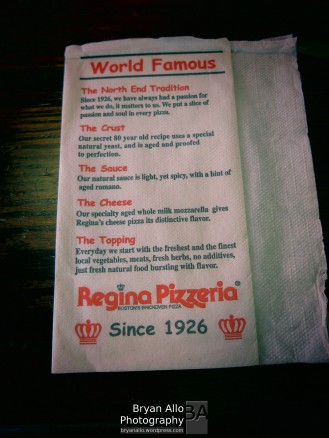 Whenever you’re done enjoying your pizza, I highly recommend going for an endless walk and getting lost in all the streets and alleyways of Little Italy. For a moment I felt as though I was somewhere in Europe like Paris or Madrid. The architecture is so old and well preserved. It amazed me that all these buildings were still fully occupied by everyday folks. A true testament to the men who built them and their craft. Below are some random shots. Another highly recommended eatery was Mike’s Pastries. It is a true landmark establishment. As far away as 5 blocks, I began noticing people with Mike’s Pastry boxes. As suggested, I merely walked in the opposite direction of those people and eventually ended up at Mike’s Pastry, however the traffic/crowd there was insurmountable. I shall make it a point to visit them next time I’m in Boston. 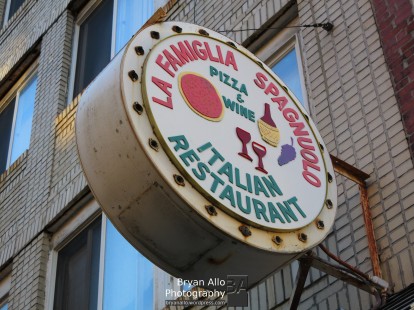 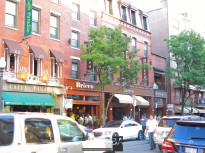 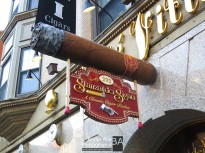 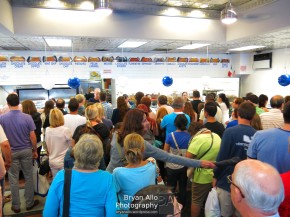 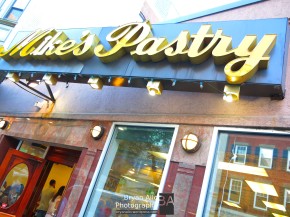 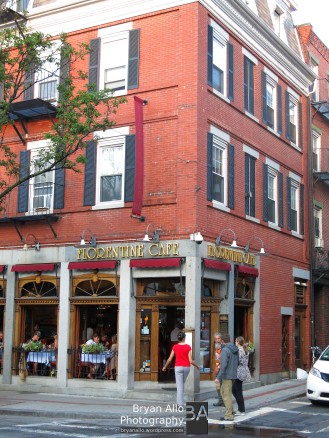 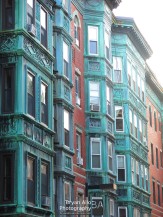 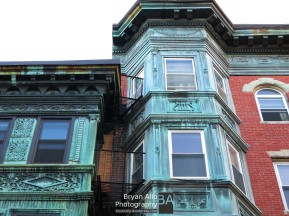 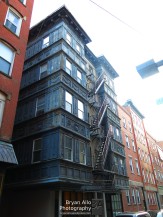 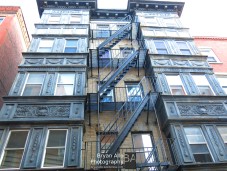 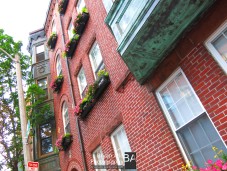 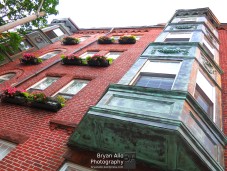 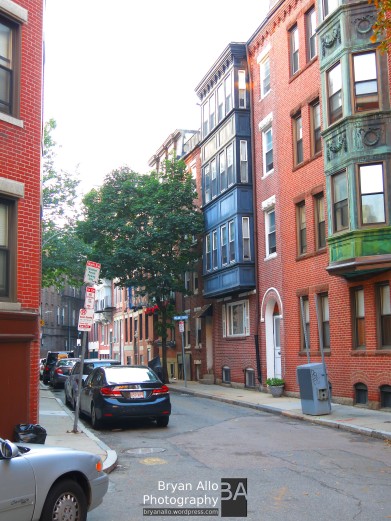 After hauling my camera gear with me all week I needed a break. I only took my Canon Powershot G15 out with me this time. It performed spectacularly for any point and shoot and gave me lots of creative options. The RAW files aren’t much different than those from my DSLRs and allowed me to recover some of the highlights and shadows. I’m impressed. I’ve posted before about that camera here: Sweet Deal: Canon Powershot G15 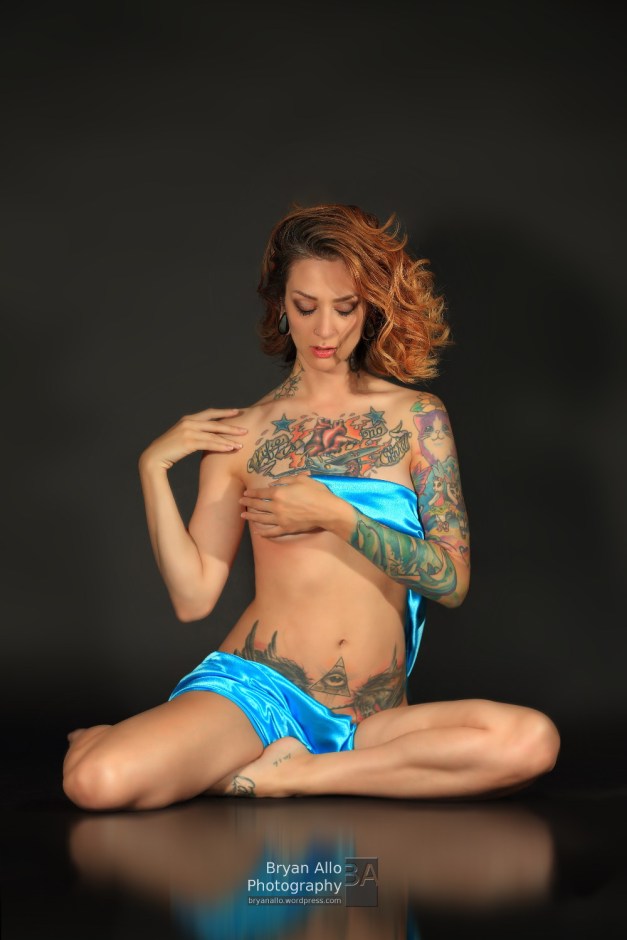 This past weekend welcomed another addition to my ongoing Tattoo Series – Curators of Art. For this photo shoot I had the pleasure of working with model and world traveler Theresa Manchester. She was a great subject to work with. Aside from a her beauty and considerable collection of body art, she came with quite a bit of experience in front of the camera. She also spends some of her spare time behind the camera. This all made for a great productive session as I was able to quickly and easily communicate and direct her throughout the shoot while she shared her many exploits around the world – some in places I have been myself. It was great to work with you Theresa. I certainly hope we get to collaborate again someday.

For this shoot I kept it fairly simple and spartan as I typically do. I used the the Canon 5D Mark III. I started off with the EF 24-105mm f/4L but quickly switched to the EF 70-200mm f/2.8L IS II once we got into the rhythm of things. For lighting, I used two Canon 430EX speedlites in manual mode with Photix high speed sync RF triggers. I shot full manual the whole time for precise control of the camera, lighting and desired effect. The location was my private home studio. Key shots will make it into my limited edition collection prints from my Tattoo Series. Few will ever be published, however I felt I should at least share one (above). Below are a few behind the scenes shots. For BTS coverage I used the Canon 7D Mark II and EF-S 17-55mm f/2.8 IS USM on a tripod. I used the built-in intervalometer to trigger the camera periodically throughout most of the shoot. 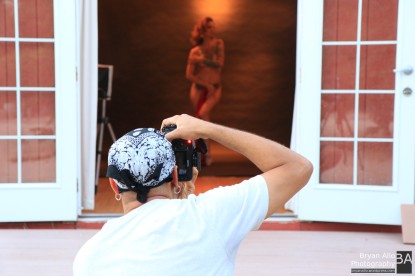 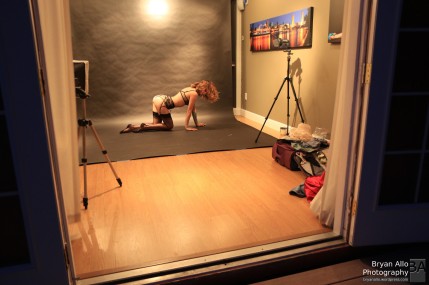 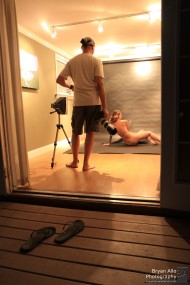