I’m excited. I finally got around to finishing post processing on all the frames I shot for a time lapse of the SF Bay Bridge at sunset last Sunday. I took about 4000 shots between both the 7D and 5D MkIII. Each set should yield about 1 minute of time lapse footage covering the 30 minutes before and after sunset. I stretched the enterval on the 7D and set it run for two hours at 4 second intervals which also yields about a minute of footage.

While I have done tons of time lapses before every one is different. No two lapses are the same. Especially under changing light conditions which makes it very tricky to predict what the light conditions will be at the end of your lapse period and what kind of exposure will the camera need at what ISO and aperture, in order to keep up with the intervalometer. It’s a different kind of photography.  It also forces you to drop the details and focus on the big picture. I like that I can crank up to ISO-1600 and not have to worry about the effects of noise because it is of very little consequence to the end result. In contrast I don’t like that I have to leave my aperture wide open in anticipation of a low light scene and shutter speed limited by my interval. This always creates a softer image. Enter post processing and Canon DPP.

Changing light conditions also introduce my biggest peeve – flickering frames. As the light in the scene changes the camera (in AV mode) constantly tries to meter the light and when it approaches  every stop of exposure it tends to dance back and forth before committing to the new value in the sequence. Up until recently I had no way of correcting this without expending tons of cash for software licenses. I recently found an Open Source solution (right up my alley) called VirtualDub and so far it’s doing a really good job of taming my sunset/sunrise time lapse frames. VirtualDub will definitely require a separate post or posts. For this lapse, I used partial metering instead of evaluative metering. This greatly reduced frame flicker. One of the many measures I’m experimenting with to reduce the amount of work in post processing.

Below are sample mid-sequence frames from last weekend’s exploits. The Tokina is a little soft on the edges but most of the blur was due to the wind which picked up considerably as the evening progressed. One of the many nuances of SF. I hiked through some sketchy parts to get this view. Sometimes I wonder if I’ve gone crazy. 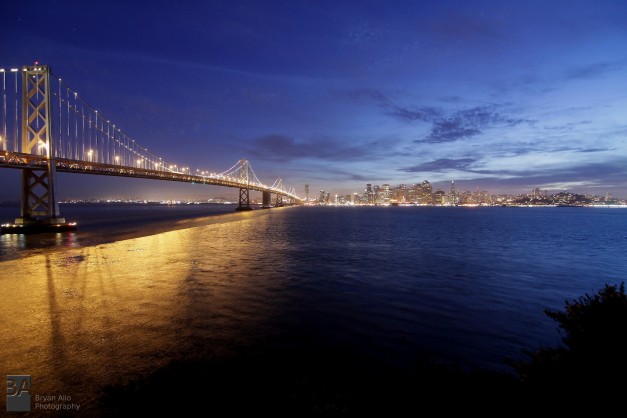